New intake, Everest, started to vomit early Christmas morning. She had worms in her vomit and was not eating. Her foster home kept a close eye on her all morning, but she was not getting better. By the time all their presents had been opened, they knew she needed to be assessed by a veterinary team and she was rushed to the Lloydminster Animal Hospital Emergency.

Everest tested positive for parvovirus and had to remain at the clinic. The doctors gave her all the care they could, including antibiotics and any other meds she needed. It appeared she was in the final stages of parvo. She had only been in our care for 1.5 days and was playful and happy until Christmas morning.

We do have something to be thankful about as the family who surrendered her had debated about keeping her until after Christmas. Thank goodness she came into care when she did.

On Dec. 27th, after a day in vet care, we were really hoping she was big and strong enough to return to her foster home. But she continued to have explosive diarrhea, vomiting, and was passing lots of worms. She stayed on IV therapy as she still was not willing to eat. Some different medicines were added and the wonderful vet staff at Lloydminster Animal Hospital continued to try everything they could. 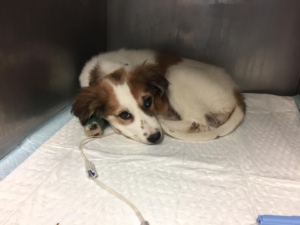 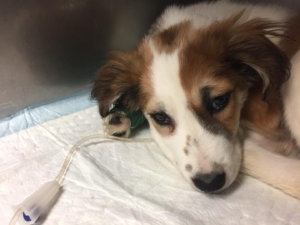 Great news! On December 30, Everest was finally well enough to transfer to a foster home! 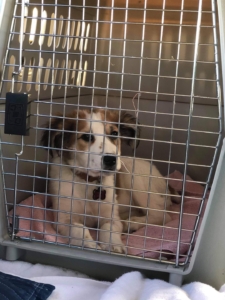