Hello SCARS, here is an update on two kittens that we adopted back in the summer of 2021. Ozzy and Carey, formerly known as Mickey and Pebbles, were both left out in the cold in a box. We were told that they were found because one of them was crying and heard by a passerby. Knowing Ozzy now, I wouldn’t be surprised if it was him making all that noise to be found. They were found and brought into SCARS where they were well taken care of even though they had eye infections. Afterwards, they were looked after by a caring woman named Laurie, who was their foster mom and bottle fed them.

Our family had said goodbye to our cats of 19 years, Dusty and Tigger, a couple months before and, in all honesty, I didn’t think we were quite ready to adopt again. Both Ozzy and Carey came to my attention though when I saw them on Facebook being called the ‘bottle babies’ and felt instantly drawn to them. I read their story and felt like they were meant to be a part of our family. I asked about them, applied, got updates, and eventually had a date to pick them up. When I picked them up from Laurie, I felt the same emotions I did when I was nine years old picking up my first kittens. I was overjoyed and couldn’t believe these two adorable kittens were now a part of our family.

Since joining our family, they have bonded so well with the family. Ozzy, named after Ozzy Osbourne, has grown into a handsome cat that blends in with his surroundings. You’ll enter a room and not even know he’s there until he wants to be noticed. He is very needy at times and demands attention from my mother and father who have to give him his daily rubs and cuddles. If his sister is getting attention and he isn’t, he will cry and complain while forcing his sister out of people’s laps. Based on what I’ve seen, he’s a big mama’s boy and nuzzles up with my mother whenever he has the opportunity. They are completely enamored with each other.

Carey, named after Carey Price, is a beautiful girl that has glowed up as she’s grown. She has a beautiful orange coat and acts like she doesn’t have a care in the world. While in our care, her eye infection inflamed and got pretty bad, but thanks to my parents’ amazing care it got better and she’s as pretty as ever. Carey follows my mother around in the kitchen and stays with her while she cooks. If she’s not doing that, she can be found sleeping near my parents in the living room or chasing some random piece of paper. When dinner is ready, however, she will plead with anyone at the table to give her some of the food she can smell. She’s a bit of a glutton, but she is loved all the same.

My family cannot imagine a home without them inside it anymore and adopting them was one of the best decisions I ever made. 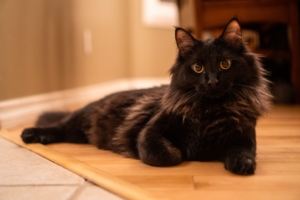 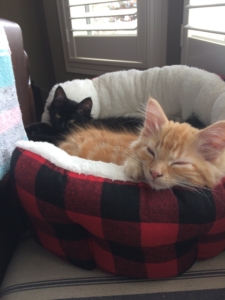 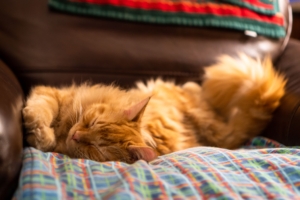 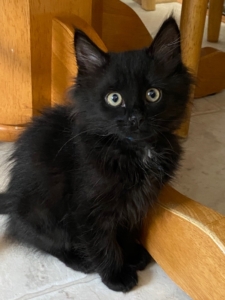 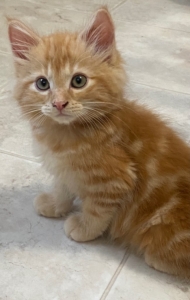