Meet Sara, a senior aged shepherd. Sara came into SCARS on June 21st with a large mammary mass.
Any mass is cause for concern and, with the mass being so large, we were worried! Our first concern was whether it is cancer and has it spread.
After X-rays & blood work, everything checked out normal for Sara and the mass is scheduled to be removed Wednesday!
We will be sure to update more on her soon! 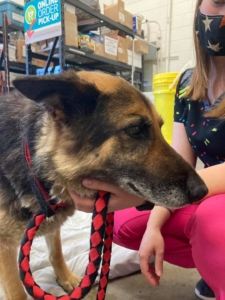 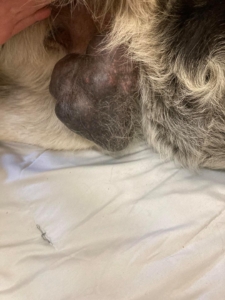 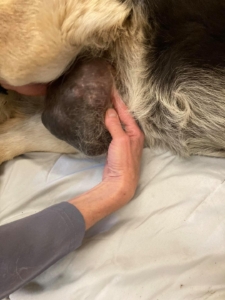 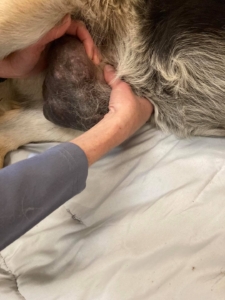