Update… Sadly, on advice from the veterinary team, we made the decision to humanely euthanize her. Her entire stomach and intestines were perforated by what appeared to be sharp objects. She must have been suffering terribly. At least her suffering has been ended. Rest in peace little one.

——————–
June 29, 2022… another emergency. How can we say no? We can’t.
Meet Sasha. She was surrendered to us with an elastic anchored around her tongue that was also bunched up in her intestines. The vet team cut it and pulled some of it out. They are now monitoring in the hope that she will pass it once she has enough fluids. Chances are 50/50 at this time.
Thank you Lloydminster Animal Hospital for helping with this emergency.
To donate: www.scarsare.ca/donate 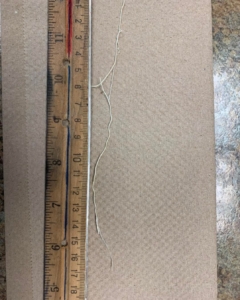 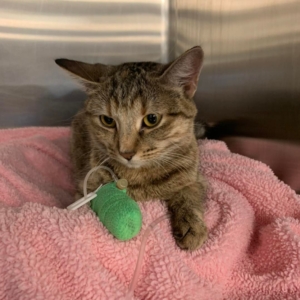