June 18, 2022 – Words sometimes cannot express the heartache we see on a daily basis. The frustration of not being able to do enough for all the animals that need help.  This pup had no name, we didn’t even know if it’s a girl or boy. It’s not even the pup we went to pick up. It was a very sick, very thin & very weak puppy. Originally six of them, but somehow down to only two. The others were given away. This pup was rushed to the vet in hopes we are not too late. We also got a second pup from the same residence that was in better condition. 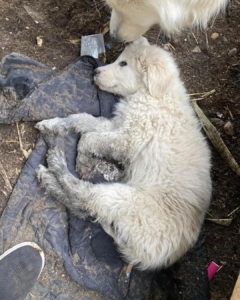 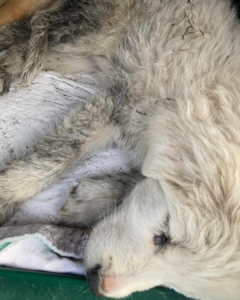 Now in veterinary care, we found out the pup is:

– Parvo Negative!
– Temperature seems to be normal
– No ticks / fleas
– So VERY thin
– So very dehydrated
– Won’t eat anything just yet
The emergency vet bathed him and put him in a heated kennel. He was put on IV and he is fighting like a champ.
Keep him in your thoughts… 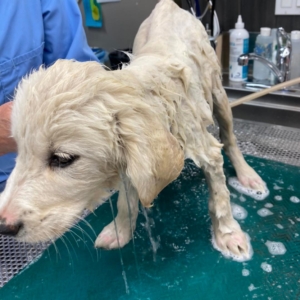 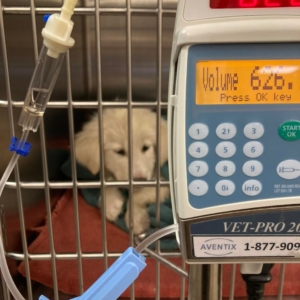 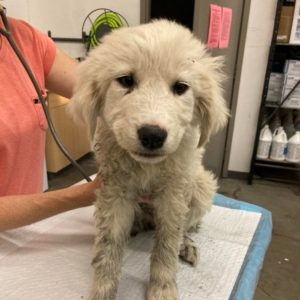 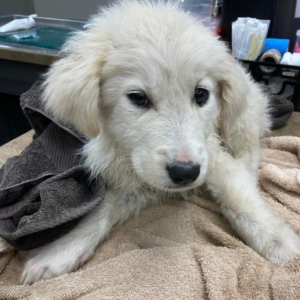 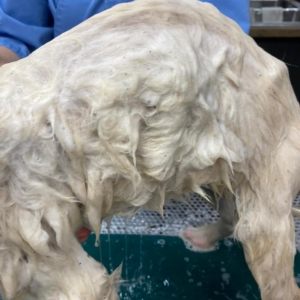 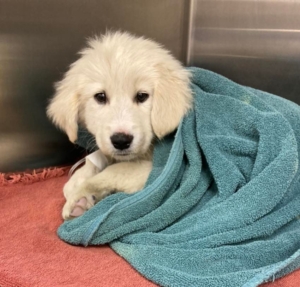 Bright news today on this rainy day. Both pups are being released from emergency vet care. Within 24 hours, they were rescued, brought to the vet, given IV and fluids, perked up and now are able to come into a foster home. Thank you for all of the support. 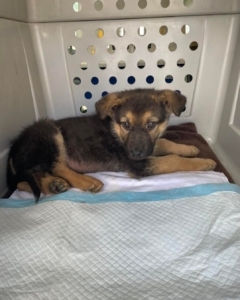 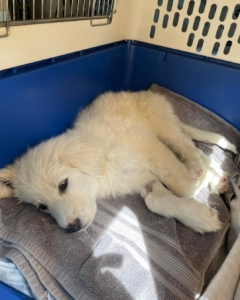